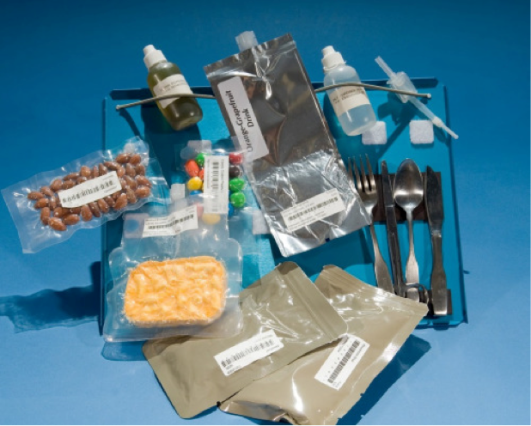 When most of us think of space food, what comes to mind are probably those silver packets of freeze-dried ice cream you find in science center gift shops. Surprisingly, freeze-dried ice cream only made it to space once, on the Apollo 7 mission in 1968 [1]. Although at one time this may have resembled what astronauts actually ate in space, the development of space food has advanced light years since then (pun intended). 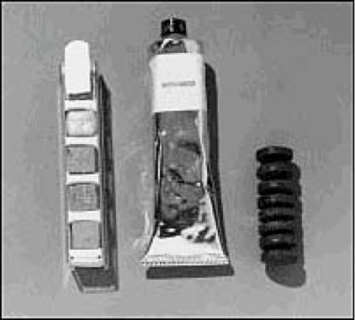 Space flights initially lasted mere minutes and were not long enough to necessitate consumption of a meal. However, as flight duration began to increase, scientists began to develop snacks for in-flight consumption. During NASA’s Project Mercury (1958-63), astronauts began to test what the physiology of eating, or how chewing, drinking, and swallowing function in space. The food was largely unappealing, mainly consisting of dehydrated cubes of solid food and semi-liquid mixtures in aluminum tubes. Technology improved when freeze-drying was introduced during Project Gemini (1961-66). Freeze-drying produced better taste, color, and texture, as well as maintained the integrity of food shape. To rehydrate the food, water guns were used to inject water into the freeze-dried packets [2].

The process of freeze-drying capitalizes on the chemical principle called “sublimation,” the phase shift from a solid to a gas, bypassing the liquid stage; as shown in the diagram below, this is achieved by specific ranges of pressure and temperature, depending on the substance [3]. Space food developers utilized this principle to turn the water in freeze-dried foods into vapor [2]. The freeze-drying process occurs in three stages: freezing, primary drying, and secondary drying. In the freezing stage, the product is cooled to below its eutectic point, or the lowest temperature at which the solid and liquid phase can coexist. In the primary drying phase, the pressure is lowered and just enough heat is applied to cause sublimation. The secondary drying phase removes any unfrozen water molecules [3]. 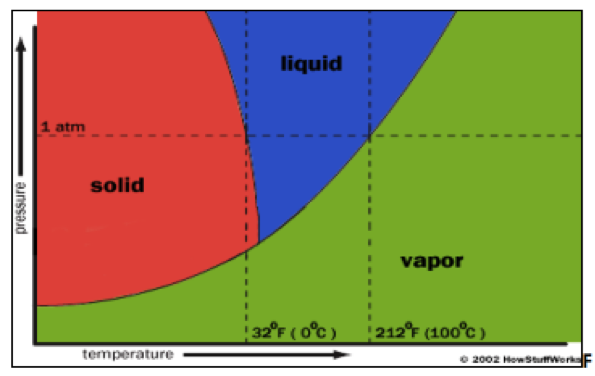 With the application of freeze-drying, space food development rapidly advanced. Hot water for rehydration and improved packaging both immensely improved the taste and efficiency of meals during Project Apollo (1969-72). Menus continued to grow and conveniences such as food warmers and dining tables further improved the gastronomic experience on flights during the Skylab and Space Shuttle programs (1973-79, 1981-2011) [2]. Today, the majority of what astronauts eat looks a great deal like what we eat here on Earth. Food and drinks are commonly powdered or freeze-dried, which simply requires the addition of water. Thermostabilizing is another common technique, which results in food or beverage products in pouches. Prior to every mission, astronauts attend a “tasting” of sorts where they select their meals and create their own personalized menu [1].

There are certain challenges that arise in space that must be overcome in space food. Food must be compact and lightweight as it currently costs a whopping $10,000 per pound to send food into space [4]. Packaging must efficiently deliver food without risk of spillage. Stray crumbs or liquids can float into equipment and cause massive damage, or be inhaled by astronauts [2]. Nutrition and preservation are also key factors as food must be able to keep for long periods of time while maintaining nutritional value. The diagram below shows how rapidly the numbers of acceptable thermostabilized foods decline within 5 years. All types of thermostabilized food products were analyzed, including vegetables, starches, fruits, desserts, and meats. The level of acceptability was determined by flavor as well as analysis of chemical reactions detected by colorimeter readings. Some products retain acceptability for a longer period than others. For example, meat was acceptable for 3 years or longer while some vegetables only lasted 1 year.

On long-duration flights, the nutritional value of foods is lost due to the oxidation of vitamins and fatty acids during long-term storage and radiation exposure [5]. This is of particular concern on lengthy missions, where bone density and vision can be negatively affected if the diet does not contain proper amounts of vitamin D and folate [6]. 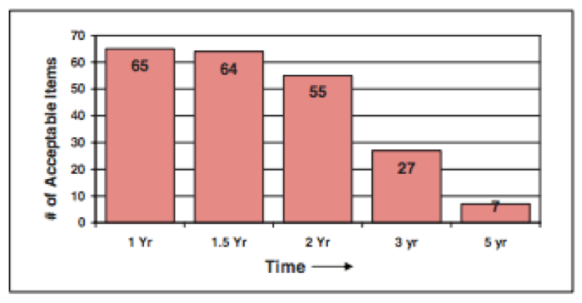 Another problematic area involves the astronauts eating experience. In space, taste buds react differently and flavors are muted and more bland, almost like when you have a cold and cannot taste as vividly [7]. On early missions when space food was in its infancy, it was common for astronauts to lose their desire to eat, as the food was bland and difficult to prepare. Many ended up losing body weight, which in turn affected crew performance and the overall success of the missions [8]. Also very importantly, good quality food is linked to the well-being of astronauts. Dealing with homesickness, demanding physical missions, and an unknown environment all take a toll on the crew’s mental health. Providing tasty and familiar foods can improve quality of life on board [6]. 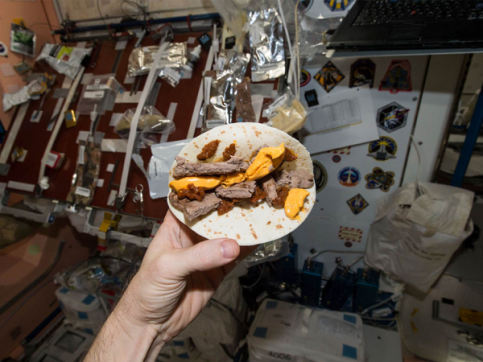 The next step for space food? Mars. Food scientists are currently working to discover how to feed astronauts on a mission that would have a minimum 2.5 year duration (6 months to Mars, 18 month surface mission, and 6 month return journey to Earth). This will likely require that a portion of food be grown during the surface mission [9]. In August 2015, the first-ever crop grown in space, red lettuce, was ready for tasting! The lettuce was grown in the VEGGIE plant growth system on the International Space Station, a system composed of rooting “pillows” and LED light as solar replacement [10]. Will we eventually be able to grow foods and develop a safe and functional food system on Mars’ surface? With companies such as NASA and Elon Musk’s SpaceX looking to Mars as the next location for human tourism and eventual colonization [4], growing food in space will incontrovertibly become a requirement in the future. 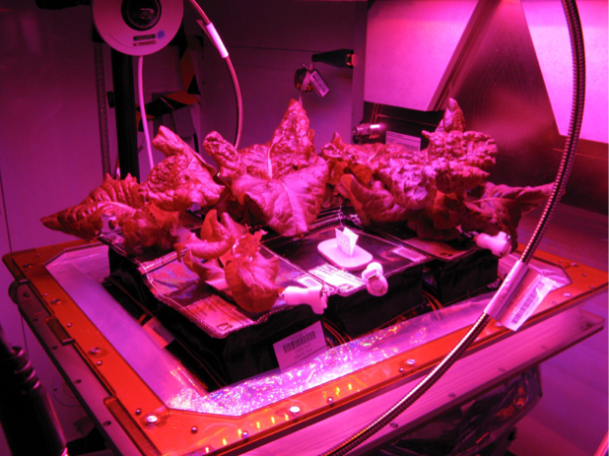 About the author: Ashton Yoon received her B.S. in Environmental Science at UCLA and is currently pursuing a graduate degree in food science. Her favorite pastime is experimenting in the kitchen with new recipes and cooking techniques.