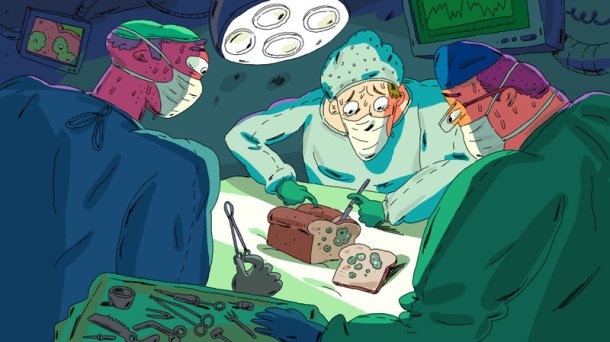 When one slice of a loaf of bread begins to grow fuzzy, green mold, do you throw out the whole thing or get rid of the affected parts and save the rest? Food safety experts weigh in on how to handle certain fungi found in your kitchen. In another bread scenario, when handed a whole-wheat croissant, what would you think? Stephen Jones of Washington State University’s Bread Lab envisions a strain of wheat with improved texture and flavor so that something like whole-wheat croissants would taste as good as top Parisian croissants.

Is It Safe to Eat Moldy Bread? – NPR: The Salt