Commonly served as a soup alongside your meal at Japanese restaurants, miso has been long toted for its rich umami flavor and fermented qualities. Interested in miso’s hidden secrets? Read on to learn what gives miso its unique traits. 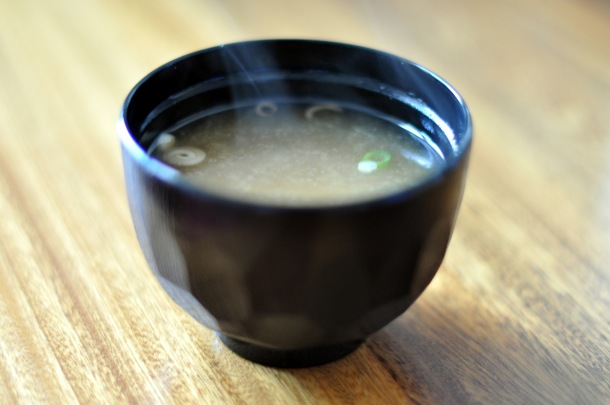 The preparation of miso involves soybeans, rice, salt, water, and Aspergillus oryzae mold cultures [1]. A. oryzae is mixed with the steamed rice mixture to form a fermented product called koji. Similar to how malting barley produces enzymes that break down the grain’s starches into sugars in the beer making process, A. oryzae develops enzymes that do the same to steamed rice. The enzyme responsible for modifying the rice’s starches into simple sugars is amylase, which is also present in our saliva. Another is protease, which breaks down the rice’s proteins into its constituent amino acids [2].

Other grains and legumes such as barley and soybeans are often inoculated with the A. oryzae cultures to produce different types of miso [3].

After koji is created, it is combined with cooked soybeans and salt. A second fermentation begins where the koji enzymes break down the soybean proteins, starches, and fats into readily digestible constituent amino acids, sugars, and fatty acids. These simple sugars are fodder for bacteria such as Pediococcus halophilus and Lactobacillus delbrueckii, which form lactic acids that help to transform simple sugars into organic acids that contribute to the flavor of the miso. Yeasts also consume simple sugars, but turn them into alcohols that contribute to the aroma of the product [1]. 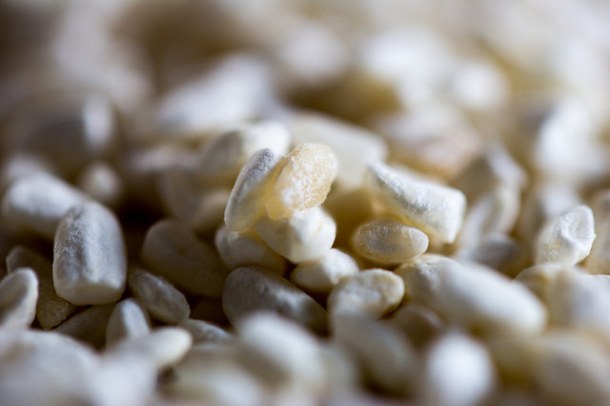 There are many different types of miso that can be distinguished from each other by what grain is used and how long the fermentation period is. For example, Mugi miso is made from malted barley, Kome miso from malted rice, and Mame miso from malted soybeans [3]. Misos also differ based on how long it undergoes the fermentation process. Shiro miso (white miso) is fermented for a short time and results in a sweet, mild flavor. Shinshu miso (yellow miso) is fermented a bit longer than Shiro miso and has a stronger flavor. Lastly, Aka miso (red miso) is fermented the longest, resulting in a pungent, assertive flavor [4].

Miso is a versatile ingredient, and its increased exposure in the Western world has led to many different interpretations of the product. For example, the Momofuku team have created a “pistachio miso” by inoculating pistachio paste with A. oryzae. Food journalist Mark Bittman has also created recipes that transform miso into mayonnaise, butter, and even butterscotch [5].

Consider incorporating miso in your next meal as a marinade, salad dressing, or a dip. It will be sure to add a savory kick to any dish.

About the author: Catherine Hu received her B.S. in Psychobiology at UCLA. When she is not writing about food science, she enjoys exploring the city and can often be found enduring long wait times to try new mouthwatering dishes.

One thought on “Science of Miso”